Interviewer: I recently had the pleasure of interviewing Professor Alan Deidun on being a Marine Biologist in Malta. Professor Deidun is the Director of the International Ocean Institute as well as an Associate Professor at the Physical Oceanography Research Group at the University of Malta. He holds a PhD in Biology and has published over 40 peer-reviewed papers. He also runs IOIKIDS Spot the Jellyfish, a citizen science project for identifying jellyfish sightings as an initiative to increase awareness amongst the younger generations about the local diversity of jellyfish species. Thanks, Alan, for taking the time to speak to us! 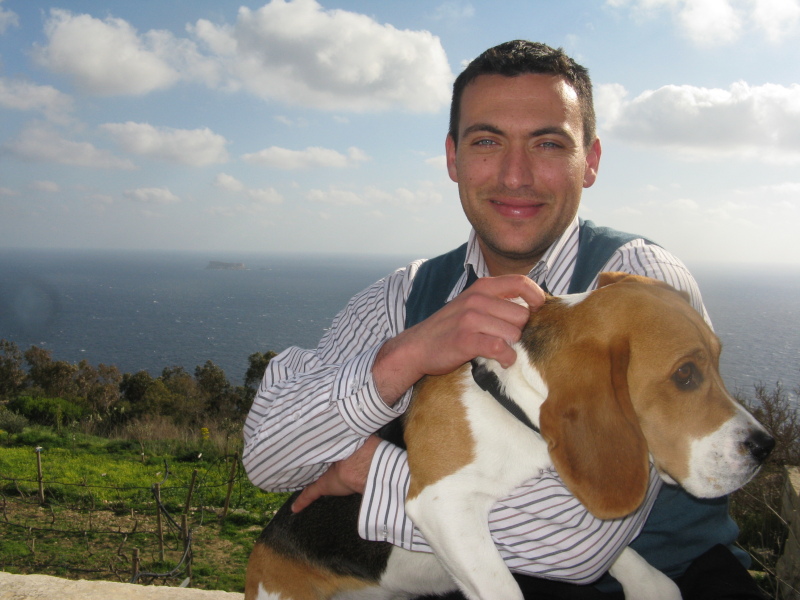 What first got you interested in the ocean and Marine Biology?

When I was young, 3–4 years old, I went rod fishing with my father in Wied Iz Zurrieg, catching bogue. He was a busy man but he would build boats out of the silver sheet from packets of cigarettes and float them in the sea which was very special to me. This is a memory that lingers.

How did you transition from Biology to Marine Biology?

During a SCUBA diving course I took in 2002 whilst a university student. Some friends decided to go learn SCUBA diving in Sliema and I went with them. I was doing my Bachelor’s in Biology and Chemistry, (I’ve always been a science person even though it’s difficult for me to choose, I like everything except financial subjects.) And Malta being an island is the right place to study Biology. 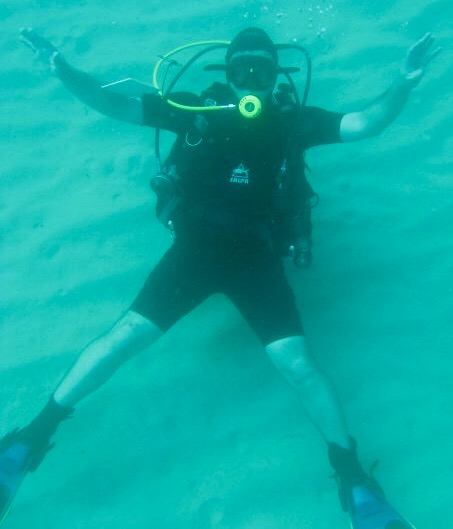 What is the best diving encounter you’ve had?

The best encounter was at a Gozo wreck: as soon as we emerged from the water we saw a pod of (you wouldn’t believe this, at first we didn’t know what they were because they were there only for 2 or 3 seconds) Basking Sharks. They pass through Malta infrequently but they never stop. The “Gab Doll” is the Maltese word for them. (But you know for every fish there are 5 Maltese names depending on where you are in Malta.) Only three times have I been diving outside of Malta: once in the Caribbean, once in Italy, and once in Turkey. Hopefully this summer in the Red Sea. You should go to Lamperoza; it’s a beautiful place (between Malta and Tunisa, it’s really a great place).

What got me interested in jellyfish in general? The fact that they are everywhere, all the time, that they have this power to instil fear in people! Graceful creatures because they float around in the water and their colours. And then the opportunity came to have this Citizens Science campaign for the jellyfish. The first campaigns were being born in the Med (about 10 years ago there was nothing) so it was born and we went for it. 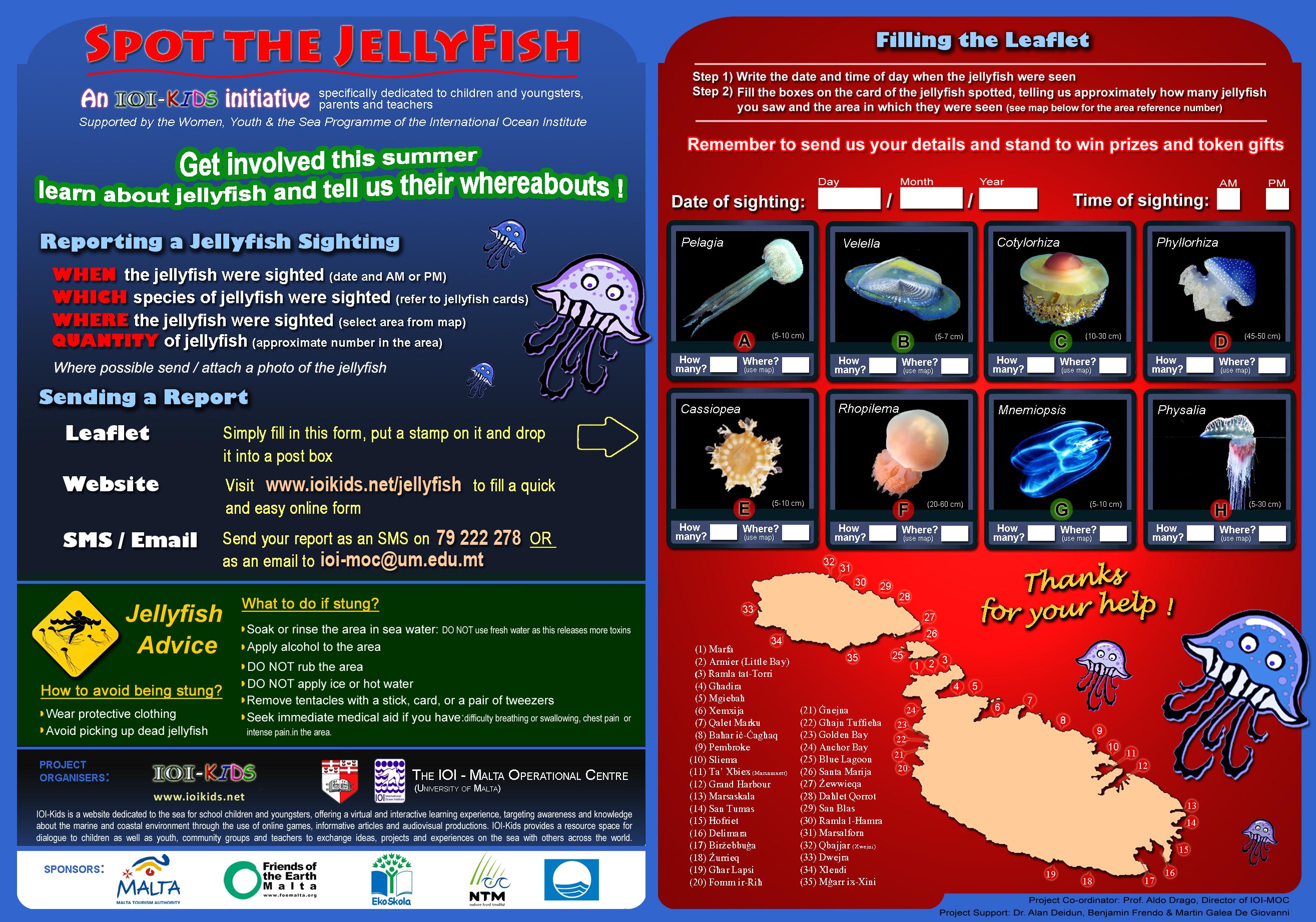 Are they endangered in any way?

I would confidently say that no jellyfish can ever be endangered because their reproductive system is so virulent as they have something known as larvae amplification where they bloom relatively quickly and widespread. That causes other problems like the Med going from a fish-dominated sea to jelly-fish dominated sea because there are not enough fish to eat all the jellyfish anymore (“ecological release” is what it’s called).

Do you track / study any other marine life?

I’m interested in anything that’s alien to our seas. We just launched a new campaign called “Spot the Alien Fish” like Lion Fish. So we’ve recorded 15 new species in the past 10 years in our waters. (We suspect some are released from their aquarium because having tropical is now becoming a fad and then people are moving onto a marine aquarium and releasing fish when they grow too big.)

Have you ever hurt any marine life whilst studying them?

Unfortunately, yes, because some sampling has to be destructive because you have to collect a sample, put them in alcohol and under a microscope so there is no way about it. So the study of biology is destructive and it’s difficult to work on only living samples, you have to work on dead samples as well (you have to kill it by getting it out of the water). But even if we are dealing with invertebrates we try to do it as humanely as possible by killing them as quickly as possible.

What is an average day like for you as a marine biologist?

I wouldn’t say there is any average day. For example this morning I was filming a series on alien species in Malta. Sometimes it’s lecturing. Sometimes it’s analysing or writing a paper, sometimes it’s travelling abroad like to Hong Kong attending a UN conference. There is the research part (going out to sea on boats, writing papers, conferences, ) there is the administrative part (EU funded projects but you need to do a lot of paper work), and there is the teaching part (teaching/training). What do you find the most satisfying your job?

Dealing with kids and the public is my preferred part of the job. I like going in the media and the public, going to schools or to a beach and speaking to kids about jellyfish etc, and delivering a lecture is my favourite.

If you had not studied biology, what would you have become?

Journalism, because I have my own newspaper column running for 15 years in the Sunday times every 15 days. I’ve won the Environmental Journalism Award 3 times from Times of Malta. I also write for Sunday Circle June issue on Alien species, sometimes even also for the Royal Yacht Club Spinnaker magazine and Air Malta magazine. Writing is something I enjoy very much. 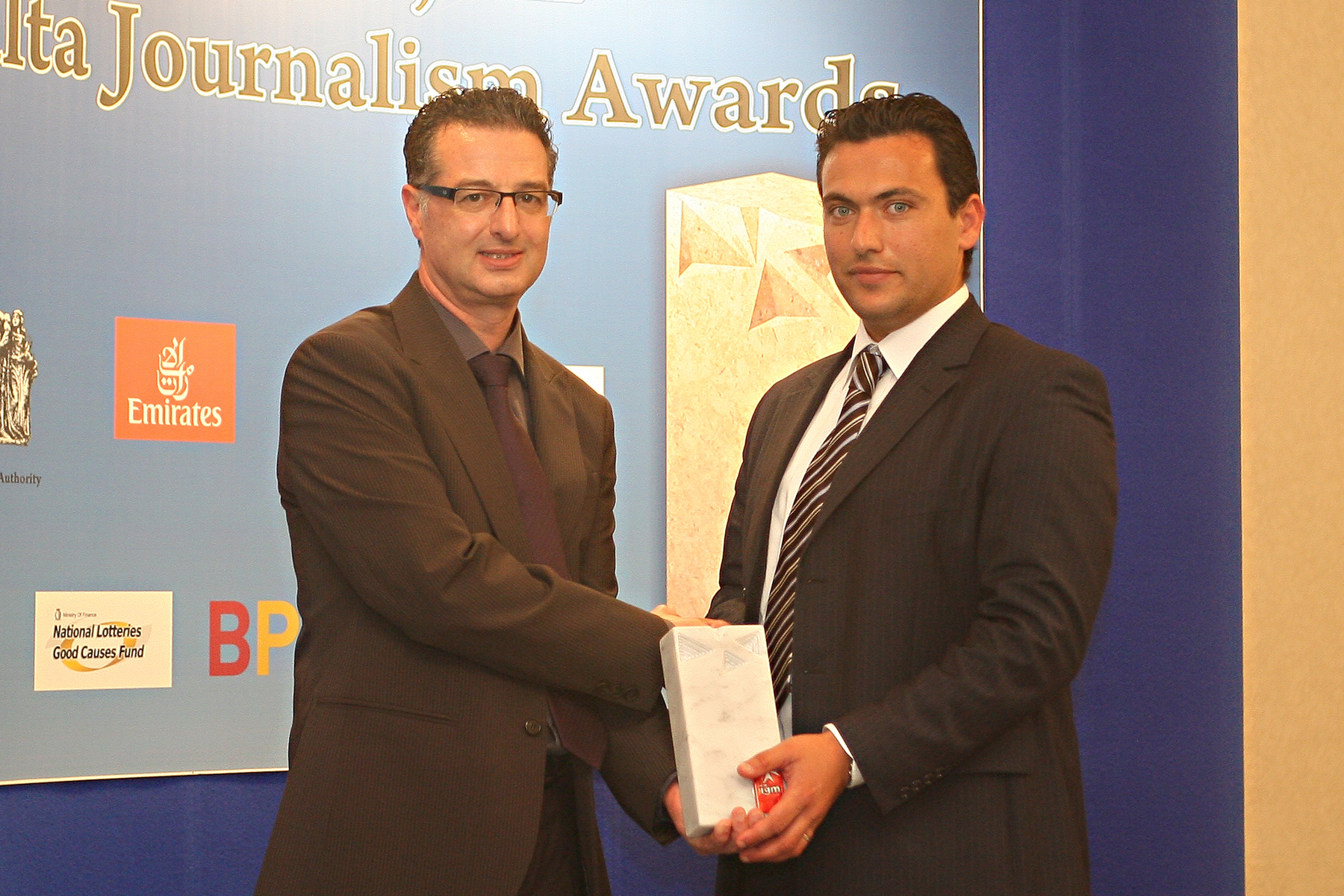